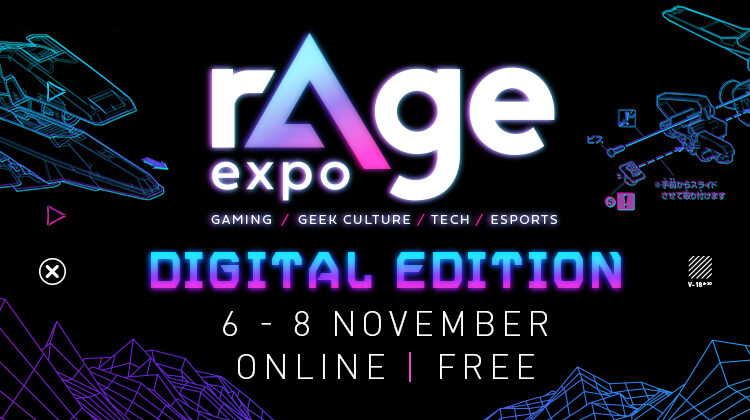 The Call of Duty Black Ops Cold War open beta takes place this weekend. All platforms can stress test the latest offering from everyone’s (sometimes) favourite pew pew franchise. Expect every streamer you watch to be playing as well as other titles’ local servers to be dead. Insert COD Befok joke here (this isn’t a typo, we just didn’t have a better line to put there).

COVID-19 has changed the way people interact. And as everyone becomes more connected in the virtual space, a whole new rAge Expo experience is coming to you online in November.

The rAge Digital Edition is for everyone – no matter where in the country, or world you are – with no geographical limits. For the first time in 18 years, the entire rAge experience is FREE, so make sure you book your free ticket now.

It may not be the rAge you’re used to, but with three days of content planned, there is something for everyone.

For COD Warzone fans who want to try their hand at competing – Chani_ZA launched a new iteration of her “Bingo” format competitions. The original concept invited popular streamers to compete but is now offering up 8 spots to all gamers. Entrants compete in a 2 hour window where they need to complete random tasks in game. ASTRO Gaming has partnered with the content creator for what she is calling “unesportsy competition”.

Sinister 5’s Dota team won the VS Gaming Dota Championship for 2020 this past weekend. The team beat Energy Esports in the final. Exdee Gaming finished third. In our Week 33 2020 mailer we reported on claims of racist behaviour in game levelled against two of the Exdee Dota 2 players registered in the current roster on the VS Gaming portal, with one of the accused players apologising for the remarks on twitter. There has still been no public comment regarding action taken by either VS Gaming or Exdee Gaming.

Julio “Beast” Bianchi was named the winner of the LG OLED TV Fifa21 Charity showmatch. The electronics brand sponsored a R20 000 match to showcase their new television range. Beast faced off against Thabo “YvngSavage” Moloi. The entire prize pool was donated to charity.

Acer’s Predator gaming range has put their name behind another esports tournament. Previously the brand has explored sponsoring both Apex Legends and CSGO. Predator has now partnered with tournament organiser ACGL to run a series of COD Warzone competitions.

This week we’d like to showcase popular local twitch emote artist Vinx. Most South African streamers have commissioned Angela “Vinx” Chung to create small artworks that feature on Twitch. Her impressive portfolio can be viewed here.