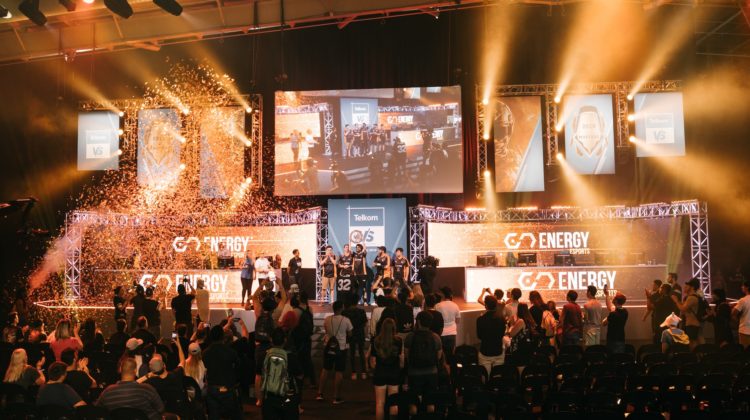 What would South African Esports be without at least one big shake up before the first month of 2020 comes to end? Our featured story has the details.

If you’re enjoying this weekly update we’d love it if you could share the newsletter with your friends, family, clan mates and boss… anyone really – we want to get local gaming news to as many people as possible!

Telkom VS Gaming has announced their 2020 plans and have dropped the majority of their long format league titles including Call of Duty and Overwatch. The tournament organiser has announced they will turn their focus to CSGO, Dota 2 and League of Legends leagues only. A drastic change from the organiser, which has hosted long format leagues for most titles for many years. FIFA will reportedly also see some of Telkom VS Gaming’s budget, with Telkom’s head of Executive Content & VS Gaming, Wanda Mkhize explained that the organisation wanted to provide more focus to the “main league titles”.

Warcraft III: Reforged launched this week with all-new graphics and other tweaks. If you want to keep up to date with Warcraft III news then check out SA Gamer, editor Garth Holden was at Blizzcon 2019, toured the Blizzard offices and is a knowledge chest of all things Warcraft and WoW.

There is a Global Game Jam happening at Vega this weekend. The Global Game Jam is the world’s largest game creation event taking place at physical locations across the globe. It’s like a hackathon, but focused on game development. The event goes down in Randburg this weekend, so make sure to register if this is your jam (see what we did there).

Nintendo’s South African distributor will be sending the winner of their Super Smash Bros Ultimate South African Summer Smash Cup to Dreamhack Sweden. Core Gaming System plans to host various qualifiers in Johannesburg at the Nintendo Pop Up Zone and Cape Town at ATK Arena. The final winner will receive flights, accommodation, money for food and transport and visa costs to spectate the Smash tournament at the international esports event. The first qualifier takes place this weekend.

WESG APAC finals have been cancelled amid China’s coronavirus outbreak. South Africa’s Energy Esports and Goliath Gaming were set to send CSGO, Dota 2 and Starcraft players who won qualifiers at RUSH Esports 2019. After Chinese health officials urged people to limit travel because of the Wuhan coronavirus, WESG called off the event, set to take place in Macau from February 16-18. Details regarding rescheduling have yet to be released.

Acer has confirmed their continued sponsorship of the Mettlestate Apex Legends League. With R6000 on the line in prize money, Season 2 of Mettlestate’s Apex League sees registrations close tomorrow, 31 January, with 15 teams currently signed up.

PUBG Mobile Africa has announced that they will add an additional R5000 to the prize pool of their current leagues running via local tournament organiser Mettlestate. The added funds will mean the short format one month long leagues for the mobile title offer up a total of R15 000 in winnings. R10 000 will go to the Pro Series while R5000 has been allocated to the Open Series.

Razer has reportedly sponsored Cape Town based Streamer and YouTuber, MisterFlak. The sponsorship was announced earlier in the week via a post on MisterFlak’s Twitter. The YouTube channel currently boasts 78.5K subscribers with no signs of slowing down.

Variety streamer and designer Hayley “Haylstorm” Plumstead has started a new venture aimed at feeding hungry gamers attending events and LANs at Johannesburg based Maverick Gaming Centre. Haylstorm is running a food stall during planned events at the Matrix Warehouse location, which will fill the current hungry hole that the venue suffered from.