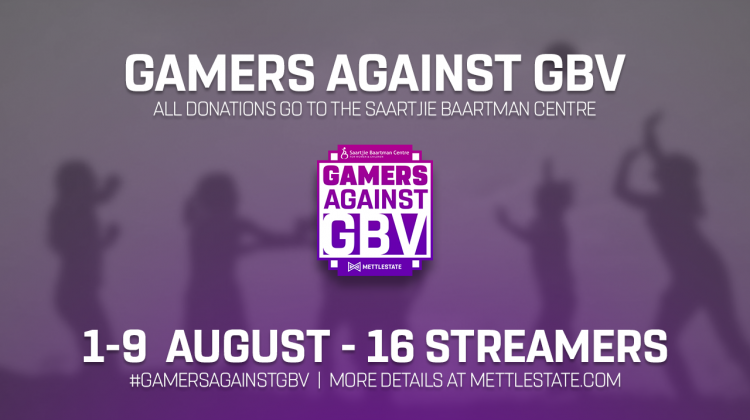 By Chantelle Alexander on August 6, 2020

There’s a chance to do some real good this week, which you can read more about in our featured story.

In light of Women’s Month, Mettlestate have been running a donation campaign with 16 local streamers for the Saartjie Baartman Centre for Women and Children called #GamersAgainstGBV. At time of writing, the campaign has raised R35 472.57 with the campaign running until Sunday, August 9th (Women’s Day).  The 16 streamers have been spread out over the week, culminating in one marathon stream on Women’s Day. Visit the Mettlestate website for more information and donation details.

Fall Guys seems to be taking the gaming world by storm with over 1.5 million new players in the first 24 hours. Critical Hit and Glitched have you covered for local reporting on the game. Fall Guys is also currently free on PSN Plus for the month of August.

R3000 is up for grabs in a Warzone tournament with a twist – earn points for completing bingo card tasks. The latest ASTRO Gaming sponsored event hosted by Chani_ZA is set to take place next weekend (15 August), and is calling for players to submit their applications to the various team captains for a spot on the team. More details here.

Ryan Berrington-Smith walks away Ford South Africa’s first #LockdownLaps champion. The final of the event was streamed on FORD’s YouTube channel last week and can be rewatched here.

Hannibal Knights and Sinister 5 are looking strong as PUBG Africa saw the 1st stream of a 3 week long qualifier take place on Sunday (2 August) with 23 teams battling it out for a spot in the top 16. The top 16 progress on to a shot at the 10K prize pool.

ACGL has been granted access to use the new Fortnite Spectator Mode in an upcoming tournament they will be hosting. This will be the first official use of the new mode in Africa. The full interview with ACGL can be found here.