At midnight on 26 March 2020, South Africa will go into lock down for 21 days in an effort to stop the spread of COVID-19. All nonessential retail businesses will not be allowed to sell to the public. This includes gaming stores and computer shops.

SA Gamer would like you to join their discord server during lockdown. The publication wants to provide an online community for local gamers as a means of support during the 21 day shut down. The server will also be used to help gamers online find other players for various co-ops across all platforms.

For university students locked down at home, Tencent has launched the Varsity PUBG Mobile League. Players will need to have a valid student card or varsity ID to compete. The prize pool is R10 000 and registrations can be done online.

ATK Arena’s Apex Legends side have placed third in the ALGS Online Tournament. There is another tournament scheduled for early April which the team will compete in.

Sinister 5’s Dota 2 team have been producing good results during their short time overseas. The team is currently competing in the Bulgarian Vrkolak Challenger League which runs until May 2020. 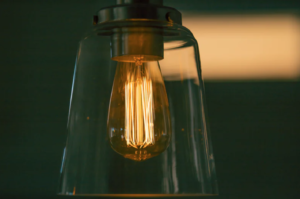 There should be no load shedding during the COVID19 lockdown according to Eskom. Eskom has said that the company does not expect to implement the process “but” the possibility still remains.

*ADVERTISEMENT*
At some point, soon, you might see an advertisement in the mailer. It will be clearly marked, just like this. Think it should be your messaging? Email us for more information on our rates.

#StreamersForCANSA will be running from 3 to 4 April. The 24 hour initiative includes a host of South African streamers and was conceptualised by RustyPieLover. You can follow the hashtag on Twitter to find out how to support.