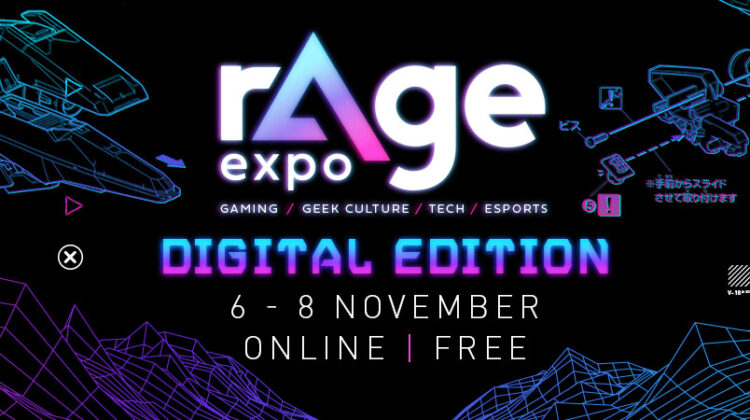 By Chantelle Alexander on October 8, 2020

rAge Expo fans are able to book their free tickets to the Digital Edition taking place from 6 – 8 November, coming to you “live from the cloud via fibre-optic tech-tubes”. The event is one of many that has reimagined itself for a COVID-19 world “and while it may not be quite the same experience fans are used to, it’s different – hopefully good different”.

Gaming in South Africa was the topic of a new online show called Red Bull Connect. Some familiar faces make an appearance in this episode including Goliath Gaming’s Thabo Moloi (YVNG SAVAGE). You can catch the first episode here.

The various Umzansi Esports Spring League winners were decided this past weekend with ATK and Goliath Gaming coming out on top for CSGO and FIFA respectively. Godsent Temper took the PUBG Mobile crown while Tekken 7’s was claimed by Callym Beukes. Further details are available here.

rAge has announced a R20,000 Valorant Cup together with Mettlestate. The pair have teamed up with HP to host the online, 5v5, PC tournament leading up to next month’s Digital Event. NAG has further details.

Logitech G announced a Content Creator Academy this week which involves a competition element for all forms of content creators in South Africa. Vamers has more details.

Predator Gaming South Africa are on the lookout for a content creator to join the Goliath Gaming ranks. The search was announced on PredatorGamingZA’s Twitter earlier this week.

Warzone for charity, anyone? This weekend the Miles of Smiles organization is hosting a Warzone Kill Race with proceeds going to Charity Week Projects for Orphans and Children in need. More details can be found on their Instagram.