Can you Upgrade your desktop during Lockdown? Apparently, yes – Week 15 2020

Technology retailer Wootware has stayed open during the South African Covid 19 lockdown. HTXT reports the company has obtained a certificate from the Companies and Intellectual Property Commission allowing it to operate. HTXT further reports that the retailer is supplying essential goods as defined by the government, but the option is available to purchase other products and even update your desktop, should you wish.

South African gaming organisation, Bravado Gaming, will participate in the international You Are Not Alone initiative taking place on 2 May. YANA aims to support the #PlayApartTogether campaign which has been supported by the World Health Organisation. Bravado has encouraged all South African Gamers to take part and support.

Google Stadia might be free for 2 months, but you still can’t get it in South Africa. Google’s Pro Subscription to the service is free for the first two months, in an attempt to circumvent the rocky start to the launch of the streaming service. However, it has still not been rolled out locally – so no free trial for us.

FIFA players have a whole host of  tournaments to choose from during lockdown to keep them busy. From the #KickCovid Charity Cup to the opportunity to play against some Blue Bulls, Sharks and Stormers rugby players, details on how to enter the various events can be found here.

Sim racing drivers George “GeeMax” Smith and Richard “Angelis” Hering chatted to The Times Cargumentative podcast this week. The pair shared how motoring enthusiasts can get involved in the esport, especially during a time where brands like F1 are turning to virtual races. Their segment starts around the 9 minute mark.

You can now host and run gaming tournaments on Facebook. The platform’s gaming arm has revealed the “Tournaments” feature as a way to run anything from casual Words with Friends to full blown esports titles.

Logitech G has signed on to partner with South African streaming team Super2bit. The team consists of David “DangerDave” Kozlowski and Neil “Marxman” Marx. Super2bit made the announcement earlier this week. The streaming duo is also partnered with Evetech, while Dave holds a sponsorship with MSi as well. 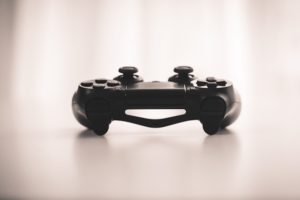 There are two great console focused community Facebook groups for Xbox or PlayStation fans to join if you’re looking for a new group of players to play with to stay busy. Xbox Players South Africa and ZA PlayStation Association (ZAPA) are great places to find gamers with similar interests looking to play games together, discuss upcoming releases or bask in the nostalgia of games from the past.