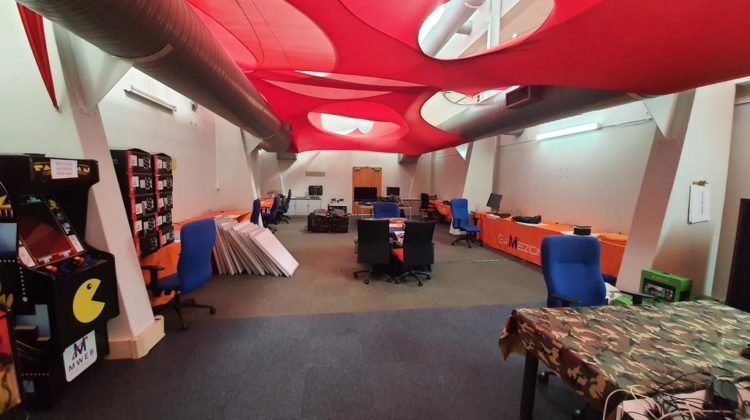 Hey, thanks for opening this mailer and browsing. Before you begin, can we ask you a quick favour? If you’re enjoying the content please hit that forward button and send it to your friends. Better yet, convince them to subscribe so you have something to chat about tomorrow. Thanks!

MWEB M-Cave closed their doors this week. After years of hosting Cape Town tournaments and gaming events, MWEB has shut the space. The news was tweeted out by Zaid Kriel earlier on in the week

CD Projekt Red will offer Xbox owners of Cyberpunk2077 a free upgrade of the game for the new Xbox Series X once it is released. The developer tweeted that you should never be forced to buy a game twice. This statement came after Xbox announced that the Series X will support four generations of compatibility.

Ashe’s Mardi Gras Challenge for Overwatch went live this week for PC, PS4, Xbox One and Nintendo Switch. South African streamers, including RustyPieLover, will be featured in the Battlenet Launcher during the next two weeks, to promote the challenge.

RUSH and Mettlestate have opened registrations for the various esports events taking place at the Rand Show’s Festival of Gaming later this year. Last week we reported on their Fortnite announcement and can now confirm FIFA, CSGO and a Sim Racing competition will also take place.

Keeping with sim racing, ATK Arena have announced their Pro Sim Series to take place in March. The winner will represent South Africa at the FIA Motorsport Games in France this October.

Sinister 5’s Dota 2 roster are going to compete and train in Europe for the foreseeable future. The organisation announced the move early in the week with the addition of Travis “Castaway” Waters to their roster line up.

Big brands have thrown their support behind local FIFA Players travelling to Dubai for the FIFA eChampions League Qualifiers. Acer, Playstation, Emirates Airlines, Debonairs Pizza, Tshepang Electrical and American Tourist have all partnered with local gaming organisation Goliath Gaming to get their top FIFA competitors to the Middle East.

Vodacom World in Midrand is aiming to bring feet into the centre with their Vodacom World eFootball Tournament, announced this week. The tournament will run qualifiers over various weekends with a grand final taking place sometime in April. The cash prizes comes in at roughly R38 000 for competitors, however the rest of the R220 000 prize pool will be made up with physical prizes.

Local streamers Dangerous Dave and The Judge have joined forces to give away prizes to viewers. The Super2Bit and ZA Gaming Alliance creators have partnered with MSI for the collaboration.