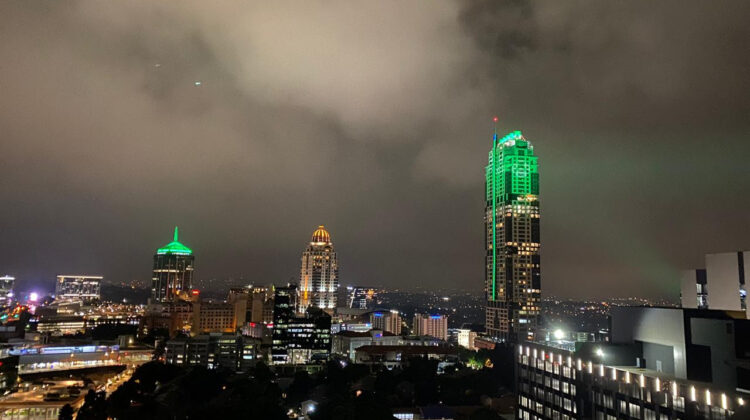 The new Xbox Series X and Series S launched in South Africa this week, by lighting Africa’s tallest building green. Fans were encouraged to play an online game and click controller buttons on screen as many times as possible. After receiving the required number of clicks the Leonardo in Sandton, Johannesburg was lit up in the familiar Xbox hue.

Along with the first of the new-gen consoles, Assassin’s Creed Valhalla also released this week. Most of the local gaming websites shared reviews about the new game in the franchise, that allows players to channel their inner viking. Here’s a wrap up of some of the reviews:

Online retailer KOODOO has opened pre-orders for a second wave of Playstation 5 consoles. According to the site’s social media these consoles are currently on their way from Europe and are expected to arrive between the 16th and 20th of December 2020.

Last year’s Red Bull Hit the Streets winner, JabhiM, has qualified for the final happening later this year. The Street Fighter player won the first qualifier for the energy drink’s second iteration of this tournament and is one step closer to defending his title. The prize, like last year, is a trip to Japan to compete in Red Bull Kumite. This year Tekken 7 has also been included. The final takes place in December in Cape Town. In 2019 Red Bull shut down a street in the city to host the competition.

rAge Expo 2020 went digital this year and the move allowed a host of esports tournaments to take place. A full list of the winning teams and players is now available on the ACGL website.

Local streamer Cyndalive has been hired by Mettlestate. Cyndalive will take up a moderator position at the tournament organiser. Mettlestate has hired a handful of prominent community members in various esports titles to take on the role of moderators in recent months.

Last weekend saw Battle Room Brawls featured as one of the communities in rAge Expo’s Community Zone. The online community focuses on PUBG Mobile, with fun rooms and tournaments for casual gamers. FInd out more on their Facebook page.